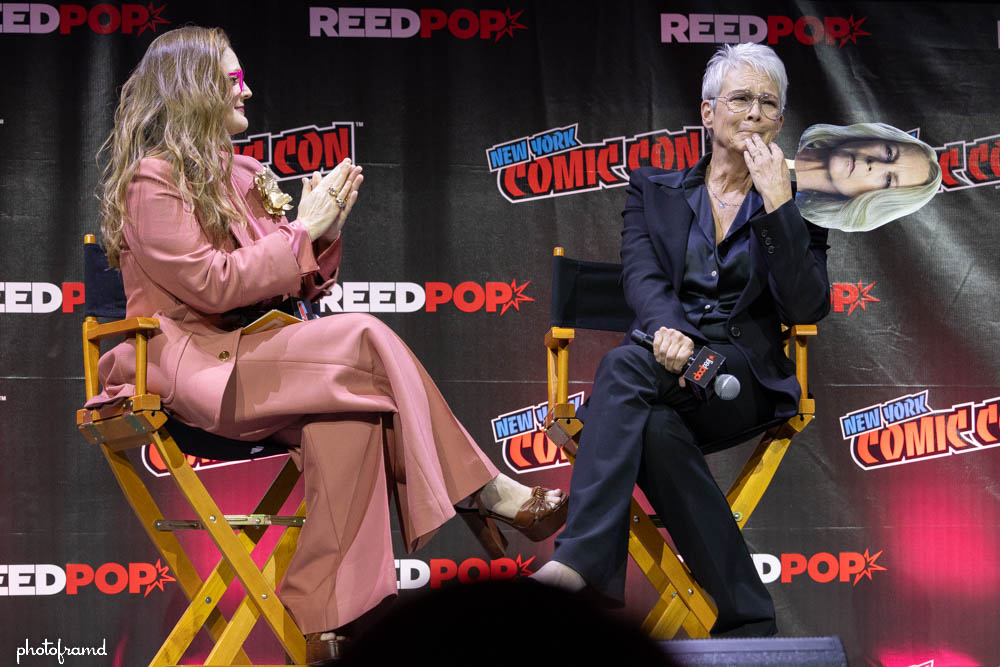 New York Comic Con created a very special panel for Jamie Lee Curtis to celebrate the 45-year anniversary of Halloween and her character Laurie Strode.  Jamie Lee was interviewed by Drew Barrymore and had the audience captivated. Jamie Lee has a real passion for this character and was very emotional saying goodbye to her, hinting that Michael Myers would find his end even if it meant Laurie would make the ultimate sacrifice.