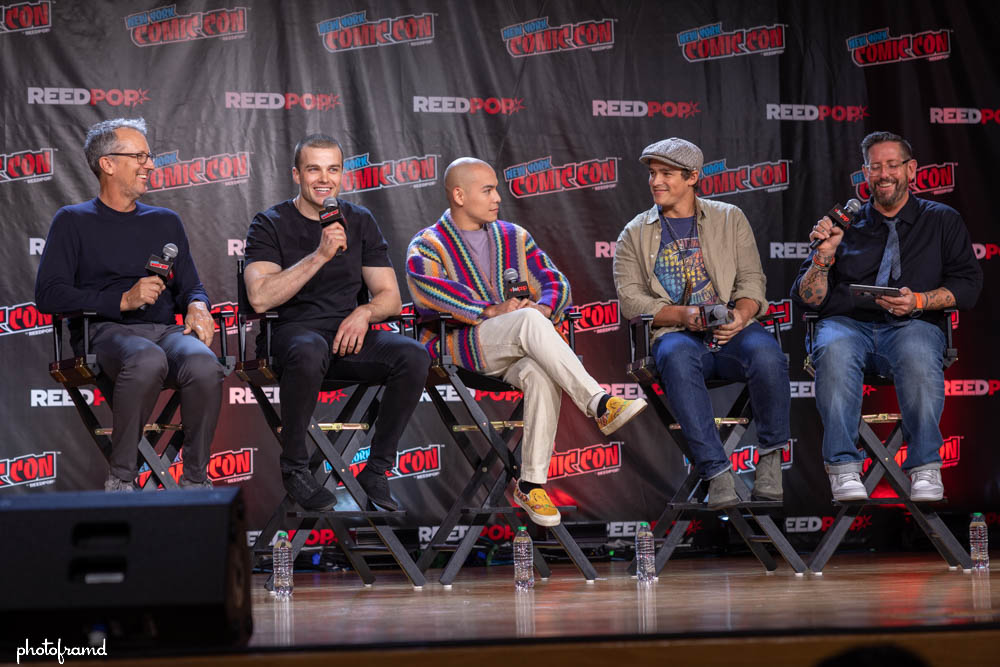 The Titans Panel at New York Comic Con included Joshua Orpin, Ryan Potter, Brenton Thwaites, Anna Diop (by video link) along with Greg Walker.  The group teased about the new season 4 which will have a supernatural theme, along with Conner meeting Lex during a trip to Metropolis.  They also teased that some of the older characters which make a visit this season.  They showed several clips including this great battle with Mother Mayhem.